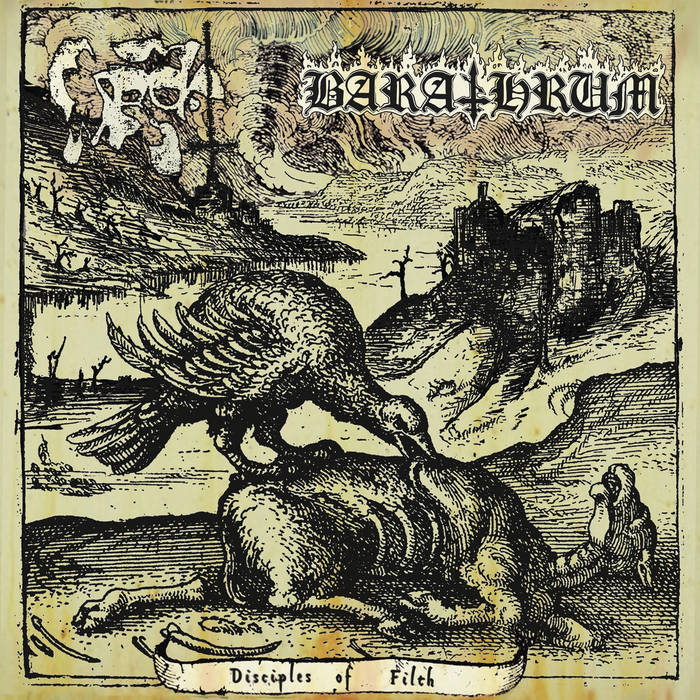 Barathrum vomits two tracks, most reminiscent of their sound during "Legions of Perkele" era but a bit more primitive. The classic, trademark old Barathrum sound is here, with heavy bassguitars and of course maniacal vocals. Both tracks were recorded and mixed within one day.

Wrok pollutes with one lengthy and filthy piece that brings to mind the traditional sound of the Dutch black metal scene of the 90s, as if time stood still. Pure hysterical and extreme black/doom in the vein of Malefic Oath, Bestial Summoning and Necro Schizma.