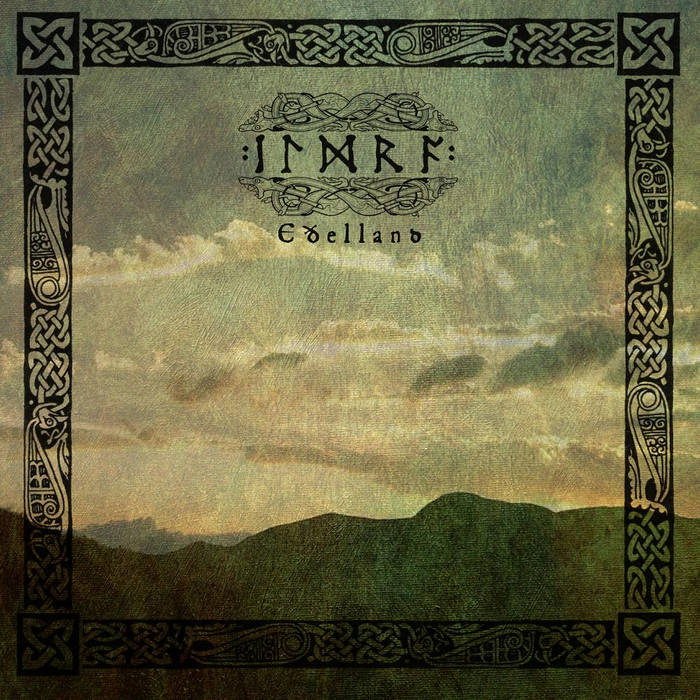 DFusion As I sit and listen to this album, I can't help but think that these songs would hold up sung acousticly around a campfire with maybe a simple drum to drive the most poignant bits home.....
Finally bought this after it sat for a bit in my wants folder. Covid 19 all profits to the artist why the fuck not... so glad I did. As I sit and listen the first time though (and get to ponder that point!), I realize that this album may well assume a prominent position my personal metal pantheon. Favorite track: Rice Æfter Oðrum.

Hrodnand Hardly any bands out there who are able to create such genuine work of art in the context of metal and Anglo-Saxon culture. Eðelland is one of the best pagan metal albums ever created! Favorite track: Hrefnesholt Dæl I.

Gabriel Tamas Amazing piece of artistry! THe mixing of modern and archaic is outstanding in this amazing album that I have the privilege of owning on tape (and soon on vinyl). Also, given that I'm a linguistics enthusiast, I found it staggering how the band managed to compose such beautiful lyrics in a language that hasn't been spoken for almost a millennium! I love this project so much that I wrote an article on it, one that I'll hope I'll send to the band someday! Favorite track: Sweorda Ecgum.

Released on March 20, the album is now available again on all formats (LP, CD, MC and digital) to finally give this album the full attention it deserves after the original CD edition by an unknown label was not promoted. Each format now comes with a big inlay or booklet with all lyrics in the original ancient Anglo-Saxon tongue (as sung on the album) as well as their modern English translations.

ILDRA – “Eðelland” is released by Heidens Hart Records, the infamous Dutch Black Metal label who had originally discovered such authentic bands as Ancestors Blood, Heimdalls Wacht, Peste Noire and Cultus. The band and label are currently working on a double CD compilation featuring all the bands' demos with unreleased material, to be released later in 2018.

90/100 Dreyrugr Metal Reviews:
"The new pagan elite. The band itself exists for the sole purpose of celebrating all that is Anglo-Saxon through intense, powerful Black Metal. I consider Eðelland the best Anglo-Saxon Metal album I’ve yet to hear, even surpassing the greatness of their peers in the excellent band Forefather."

92/100 M-A:
"Ildra conjures up an epic, engrossing atmosphere that fits the Anglo-Saxon time period that the lyrics depict."

94/100 M-A:
"The first track bursts in with aplomb, like some ancient British war hymn laced with the undulating riffs and thunderous drumming. The vocalist could just as well be the commander barking orders to his men."

Ragherrie:
"It's been a long time since I heard a folk metal album that is as convincing as this one; this album convinces on all points. With head and shoulders above the grey mass."

Heidnir Webzine:
"Ildra has added to his production all the ingredients that make up the perfect album. Whether it's his authenticity, his change of scenery, the emotions he gives us, or the accuracy of his music, Eðelland is a hit on all fronts. Music carries us as much as it scares us or galvanizes us. Each riff or choir reminds us of the violence of a battle while the slightest intervention of a traditional instrument makes us dream of a life in a warm English cottage of the medieval time. Eðelland embodies what we all seek when we tackle a pagan metal album."

4/5 Metal Crypt:
"Overall, excellent Pagan Metal with a huge shot of authenticity. Ildra is obviously dedicated to making music a particular way and Edelland is solid evidence of a band that cares a great deal about its sound."

The Modern Alternative:
"This is a fantastic album in my opinion, well read, written and recorded by this mystery outfit. Expect Viking era Bathory with Forefather all rolled into one!"