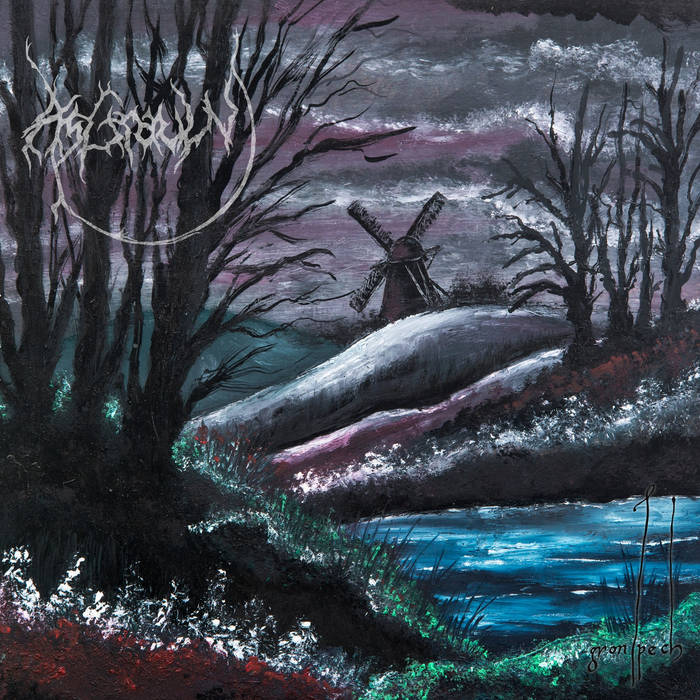 TheKenWord2017 90s black metal gets revitalized in 2018 (or 2019, whatever) with Asgrauw's third album. Darkly melodic, but unforgiving in its agression, Gronspech is a welcome addition to the 2nd wave pantheon. Favorite track: Sgoer.

Saint of the Deep, Nadir of Mankind

Listen to this album on Spotify:
open.spotify.com/album/16YROAWyEekBZ3ANiMBvrb

Hailing from the mythological border regions of Gelderland, The Netherlands, Asgrauw delves deeper into their local myths and sagas on this third black metal monument.
Asgrauw pays hommage to the classic sound of the 90s, combining fierce aggression by the two vocalists, with transcendental atmosphere through a subtle layer of synths. But by no means a simple copy, the experienced masters behind Asgrauw skillfully invoke spirits of the past with a focus on guitar riffs, well-written hymns and precise execution. The result is a traditional and sinister chapter, all produced and recorded by the band themselves, topped with a cover which an original commissioned oil painting by J. Putnam (Irrwisch). Indeed, Asgrauw hails "Gronspech"!

92/100 X-reviews zine
9/10 Metal Temple: “Gronspech” is a visceral body of work, and perfect for a winter storm or a late night walk in the forest as the wind begins to howl. Fascinating Black Metal that is sure to disturb and provoke."
4,5/5 Metal jacket magazine
88/100 Zware metalen
8/10 Occult black metal zine
8/10 GBHBL: "Across nine tracks the black metallers freeze souls with their icy sound. One that’s raw sounding but fits the tone and style perfectly. Tracks like Pletsmajoor, Sgoer and Kiste Trui provide unexpected riffing executed to perfection."
4/5 Brutalism
7.5/10 Blessed altar zine
7,5/10 Imperium
7,5/10 Crossfire metal
7,4 Metal Exposure: "I have been keen on Asgrauw since their debut and they haven’t let me down since! Gronspech is a solid album which does not deviate from their musical style as we know it. It shows that these guys have matured and can write and play a damn good metal song (also live)!"
7/10 Amped Up
3,5/5 Inferno magazine

Angry Metal Guy: "If 90’s melodic black metal is your bag, then Asgrauw have got some serious goods on hand."

Brutalism: "It would be easy to categorise this album as lacking ingenuity due to it residing within a black metal genre from 25 plus years ago but the impassioned song writing and formidable dexterity of the songs on show are substantial."