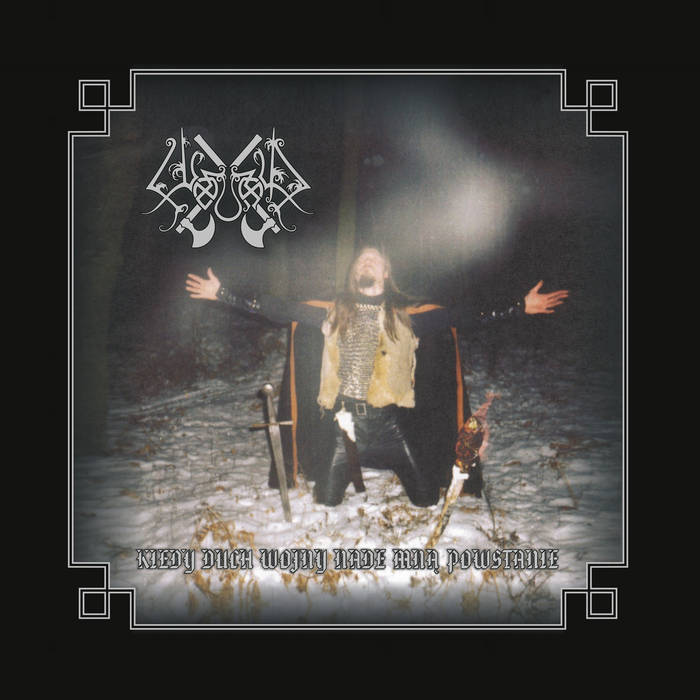 Gabriel Tamas Wojnar is one of the greatest and most unique pressences in early Dungeon Synth and may I say a great inspiration for the Pagan communities as well. His sound was so refined and outstanding even back in the early 90s and this album shows this in great detail!

Everyone should check this out, as well as the rest of his Discography. His skill in evoking a whole array of eras and feelings is almost magical! Slava!

The most triumphant, proud and militant piece of Polish pagan folk ever recorded. Wojnar was part of a very small subgenre that had little fame amongst fanatics of (Polish) black metal during end of the 90s and beginning of the 2000s. Pioneers of the style were Perunwit, Lord Wind, Kraina Bez Wiatru, and of course Wojnar, while bands like Infernum, Veles and Gontyna Kry also incorperated traditional folk elements in their interludes and introductions.

The importance of this demo is unmatched and heavily underrated. Unlike most European "dungeon synth" projects from that (and later) time, the Polish projects were hardly influenced by Scandinavian projects like Mortiis, Burzum and Wongraven. Wojnar takes influence from local mythology and music. As such, it is both as primitive as can be, and yet fantastically majestic. On this, Wojnar's third demo, the project was at its best in my opinion. The song writing is less primitive than the first two demos and the compositions have an amazing feel and tension for monumental passages. Everyone with even a fleeting interest in this kind of epic keyboard/folk music should listen to it and Heidens Hart is proud to present this on vinyl LP, which is also the vinyl debut for Wojnar.

The title of this third demo translates to "When the spirit of war will rise over me" and that is a brilliant summary of the album. The epic is split into two lengthy parts, each feature four songs; part one features the most bombastic and epic pieces of pagan folk and ancient victory that I know, with commanding vocals and dramatic spoken word parts. Part two has sections that carry moods of melancholy and solemn contemplation.
Both sides will grab your attention in a way that is unique. It is as if the simple yet effective melodies are summoning forces that instantly appeal to your direct inner instincts and capture your spirit in a way that not much music can. The music contains a clear vision and is able to communicate this is in a very telling way.

Over 20 years after its original recording, the demo is now available on vinyl for the very first time. No DMM mastering but original analog master cut as it should be. Comes on 175 grammes heavy vinyl, 350 grammes sleeve and includes lyric sheet. This production is of course fully official and done in close cooperation with Wojnar. All layout and audio are true to the original cassette editions!

Simultaneously with this LP we have also released Wojnar's debut demo "Zimowa opowiesc" on CD format for the first time.

Other Wojnar still available here or from our mailorder at www.heidenshart.nl/mailorder


When the spirit of war will rise above me
And fire of justice will triumph again!

This album was recorded in januari 1999 year of war against christianity in place where's the end of the forest paths and where's the gates to the endless kingdom of Slavonic woods. All these hymns was recorded by Wojnar with help of Aranath (vocal in a few moments of this epoch). Also intro was maded by Trym (Winter Winds).