Live in The Netherlands 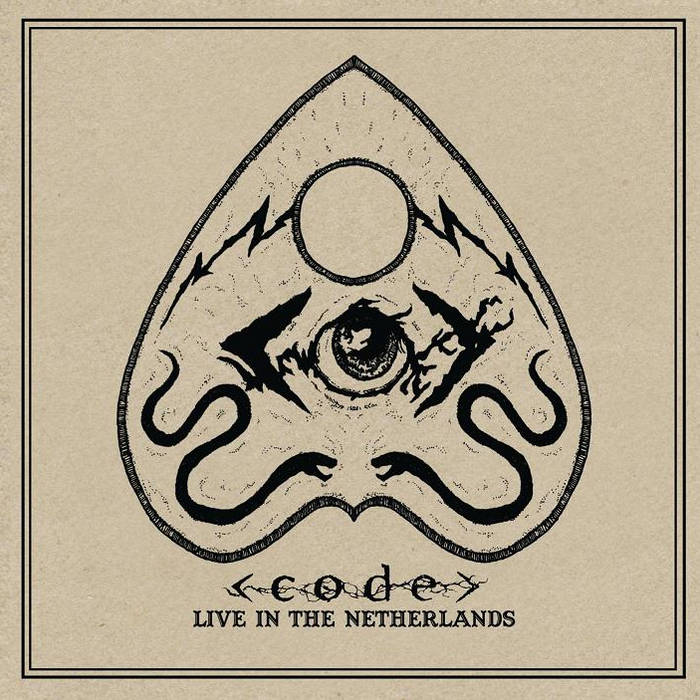 In november 2014, we set up three shows for avantgarde masters Code from the United Kingdom, performing with Aeternus, Heimdalls Wacht, Kjeld and Laster. They marked the return to The Netherlands for the first time since 2009, on their tour with Sólstafir and Secrets Of The Moon. Five years went by and the progression was noticably huge. The bands' third album, "Augur nox" had been released in the mean time and the band has a new lineup. Two of the shows were recorded professionally and mixed afterwards by Aort and compiled into one album. As impressed as the result was, he suggested us the idea to release them. Being huge Code fanatics, we didn’t have to think twice about that.
The sound here is on the rough side but still clear. Don't expect a lo-fi wash of noise with unrecognizable vocals in the distance, nor an overproduced, overcompressed recording with studio overdubs. Code's own style of avantgarde yet flowing and progressive style is captured very well on these live recording. All first three albums are represented - top notch musicianship, classy songwriting and well executed vocals hit the nail right on the head here. Imagine a mix of Ved Buens Ende, Arcturus, Katatonia and Emperor, executed live in a perfect setting.
What makes these recordings even more special, is that these might be the last live shows for Code for ever, since some members have announced to move to other continents... This live CD is truly a legacy to the stunning performances of Code.