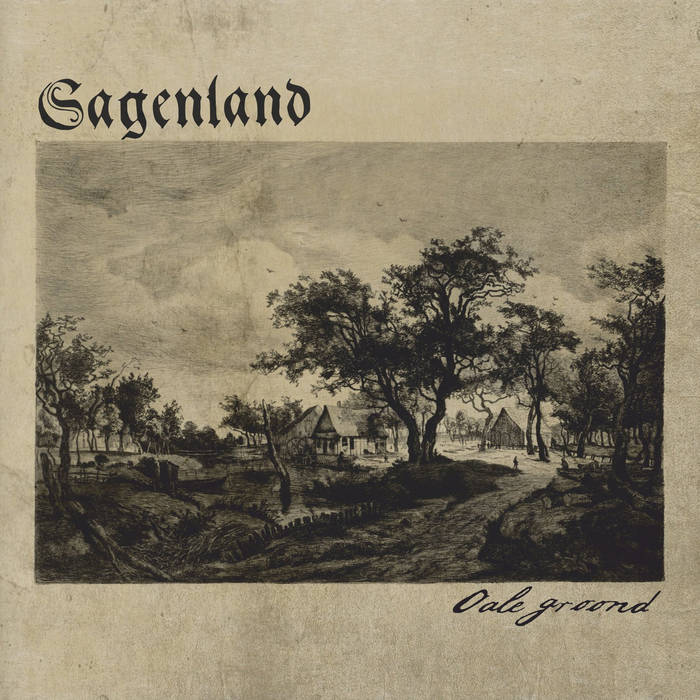 Sagenland is a black metal project from Twente, founded at the turn of the millennium. Driving forces behind the project are A. (Cultus, Heimdalls Wacht, Uuntar) and F. (Asgrauw, Meslamtaea) who share an obsession for traditional Scandinavian black metal such as the legendary Ulver trilogy, old Dodheimsgard and Arckanum. Sagenland plays folk-injected black metal with a leading role for melodic bass parts, epic choirs and acoustic guitars.

In 2005 the band released a 3 track EP on a split LP. The label ceased activity shortly after, so only a handful of copies were distributed, making this a real collectors item. Fifteen years later, Sagenland awakened from dormancy and finally delivers their debut album, "Oale groond". The album follows the tradition of riff-based, well written, actual songs, while capturing nostalgia, romanticism and aggression in a way that is rare nowadays. Six tracks for sincere and honest traditional and folkish themed grim black metal, with classic interludes. Lyrics are mostly in the local dialect and describe sagas and local poetry from the country side between Regge and Dinkel, where Sagenland is rooted.

"Oale groond" is released worldwide in the winter of '20-'21 on LP, CD and digitally and is a release of Heidens Hart (Europa) with worldwide distribution through its distributors. The LP includes an inlay sheet and the CD includes a 12-page booklet, with lyrics, photos, paintings, etc.