Ours is the kingdom 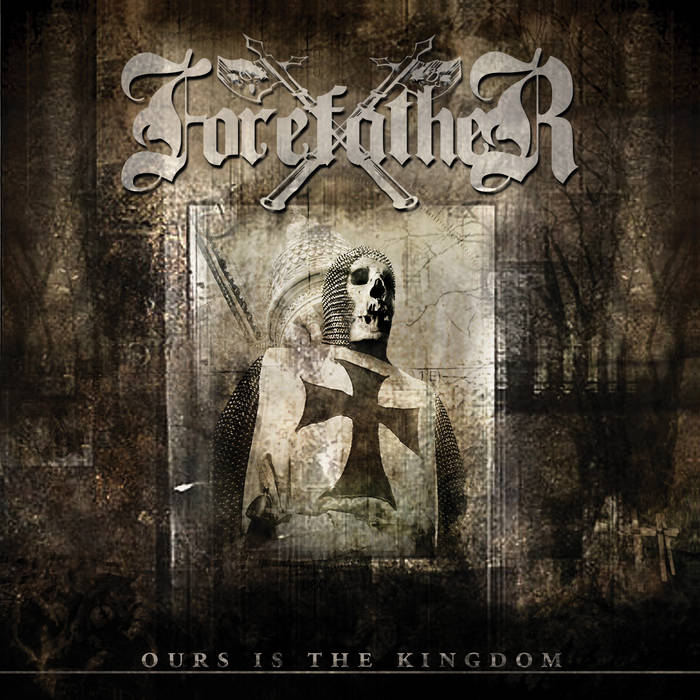 Here it is, the fourth installment of our Forefather reissues! "Ours is the kingdom" shows more diverse and energetic songs after "Engla Tocyme", which was more sombre and reflective. "Ours is the kingdom" includes many of the bands' classic tracks and with over one hour playing time, this is also the longest album by the Anglo-Saxon legends. With the bonus track included, the total is even pushed over 65 minutes. "Fighters of the Angelcynn" was originally written by Forefather for the Folkearth project, but the track has been completely re-written, re-recorded, has new lyrics and truly blends in with the album perfectly.

To further improve this reissue, the album has been remastered by the band themselves. The original version suffered from a rushed mastering job, which was actually never sent to the band for approval. This new version has been carefully remastered by the artists themselves, with minimal change in sound yet now revealing the full dynamics not present on the original.

Originally released in 2004, it's safe to say this is another timeless album in the discography of Forefather. They are improving their own style and getting more and more unique with each album. "Ours is the kingdom" is no exception and 13 (!) years after its original release it does not sound aged in any way.

It has been pointed out in many a review that these Forefather reissues on Heidens Hart Records come highly recommended and are well worth obtaining - even when you already own the originals. It is our aim to present these reissues as the definite editions of the albums, offering the albums to you with the best possible deserved presentation. The kingdom truly is ours!