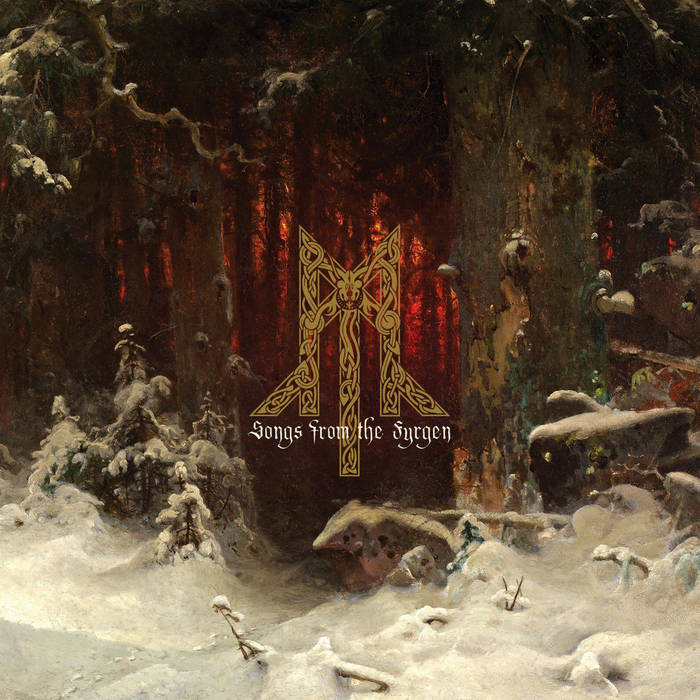 A masterpiece of traditionalist and melancholic folk music. Solo project from Dan / Winterfylleth but this has nothing to do with metal music. "Songs from the Fyrgen" is a debut album several years in the making – an acorn that eventually found its clearing. Featuring performances and contributions by notable musicians from around the world, "Songs from the Fyrgen" serves as both a musical platform and as the passion of an individual. 50 minutes of highly diverse and emotional music, performed on acoustic guitar, percussion, flute, piano, cello, choirs and synthesizer. When I say "traditional folk music", do not expect another boring three chord Death In June clone with a superficial "extreme" copy & paste image; this is well written traditional music with immense eye for detail and composition, with a well researched and personal concept behind all the lyrics and music. This is pure music, this is epic and powerful, this is genuine and sincere. All lyrics are written in old English language and are included on the inlay. This LP comes in an amazing deluxe package, see below for the specs. Strictly limited edition of 500 copies! Not just recommended, but an absolute mandatory purchase for fans of Ulver, Sol Invictus, Fire & Ice, Ildra, Dead Can Dance, Wardruna, Agalloch.

- Dedicated mastering for vinyl format for less harsh sound compared to the CD, yet while maintaining the full dynamics of the album;
- UV spot varnish on front, side and back;
- Gold metallic print on front, side and back;
- Reverseboard jacket with inside flooded in black;
- Heavy cardboard art-print inlay sheet;
- 200 pieces on transparant white vinyl, 300 on pitch black;
- Strictly limited pressing, this will sell out very fast.

All English words by Dan Capp, except for ‘The Mon o’ Micht’ (traditional).

Songs from the Fyrgen was written between 2010 and 2015; recorded in England, Germany, Belgium, Norway, Canada and the USA and mixed in England between 2015 and 2016.