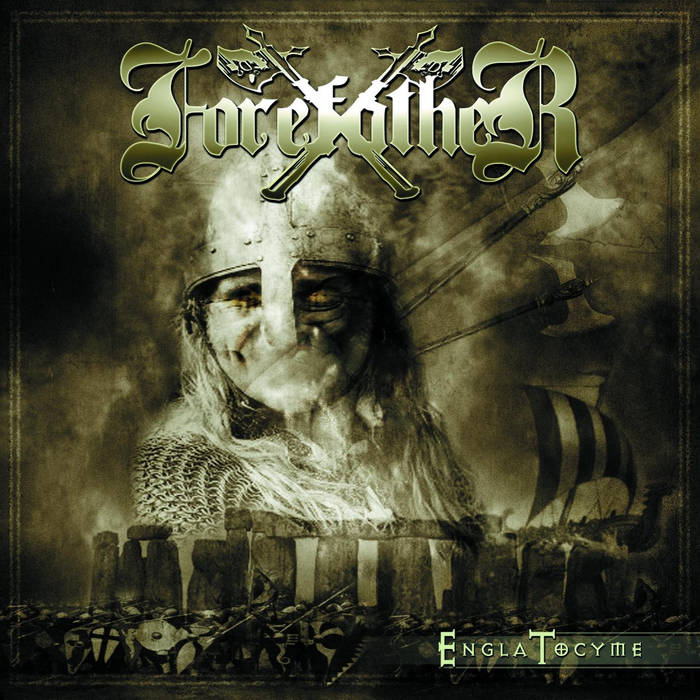 "Engla tocyme" (which translates to "the coming of the English") is the third studio album by the English pagan metal band
Forefather. It was recorded from september to november 2001 and originally released in 2002 by Angelisc Enterprises. Now
the album is re-released with a rare bonus track: "Loyalty bound" appeared on a compilation album but has been remixed to
be included here.

Successor "The fighting man" was a major breakthrough for Forefather in 2000, so "Engla tocyme" album was highly
anticipated indeed. It's save to say all expectations were met and easily surpassed. Forefather improves with every album
without any major changes in sound. One could say tracks like "Fifeldor" and "Forever in chains" show a more midtempo side
which were previously quite rare for the band, yet these songs still contain their typical epic and majestic atmosphere in true
Forefather tradition. On the other hand, tracks like "Into the forever" and "Engla tocyme", as well as the bonus track, are
fierce and aggressive Anglo-Saxon metal tracks with the wellknown Forefather sound. The band further perfected their
trademark hymnic melodic style Forefather is known for.

After many requests, Heidens Hart present the next title in the series of Forefather CD re-releases to be released at long last
on 15 januari 2017! Heed the coming of the English!