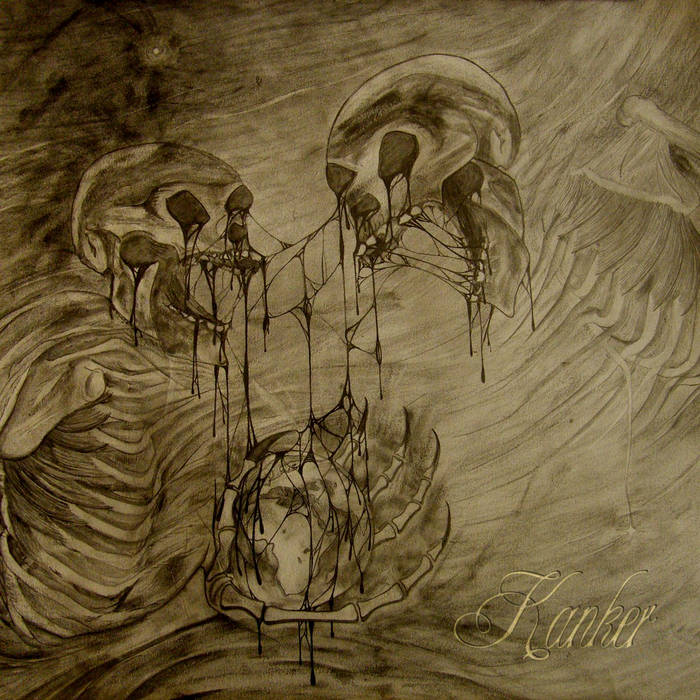 Unique death/doom metal with old-fashioned quality and songwriting! Long awaited debut album of Murw out now on CD and LP. One of The Netherlands' best kept secrets returns with a truly stunning and groundbreaking album of progressive death/doom metal. Extraordinary, unconventional and creative songwriting, this album is nearly impossible to compare with any existing band or fit in any existing genre. Murw is not a newcomer one-day-fly performing a cheap, new gimmick trying to stand out, or performs crowdpleasing sing-a-long popmelodies. Throughout their history, dating back to the early 90s where the band already did shows supporting Emperor for example, they've shown a unique own style of music, now culminating into their debutalbum "Kanker". For fans of old The Gathering, old Paradise Lost, Esoteric, Mournful Congregation, Ved Buens Ende/Virus!

Produced with the utmost care and priority, carefully following the wishes and visions of the band. This record sounds and looks as good as possible and as intended by band and label. The dedicated mastering for vinyl resulted in optimal analog sound, resulting in more dynamic sound that perfectly fits to the diverse songwriting and fluctuating structures.